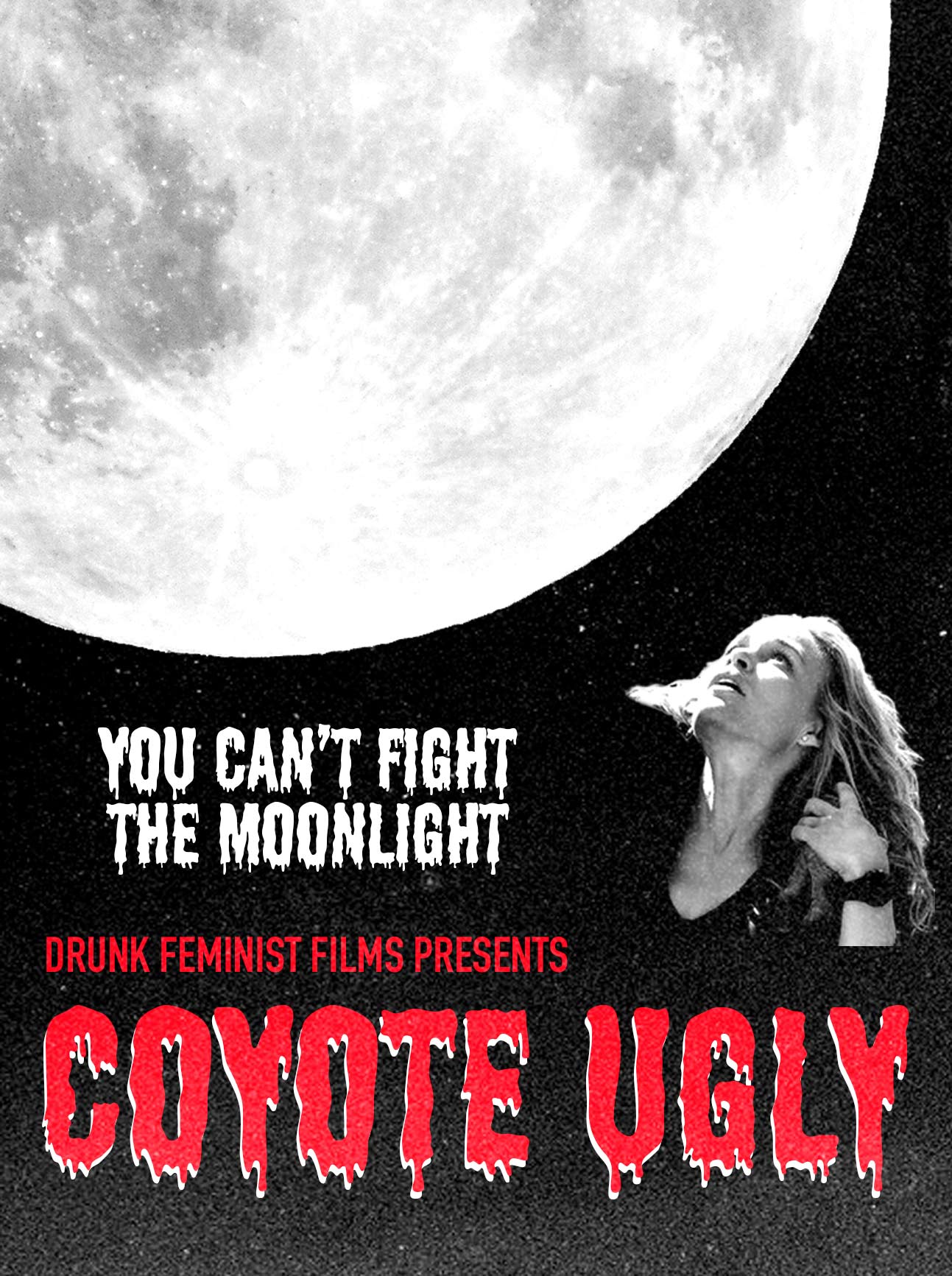 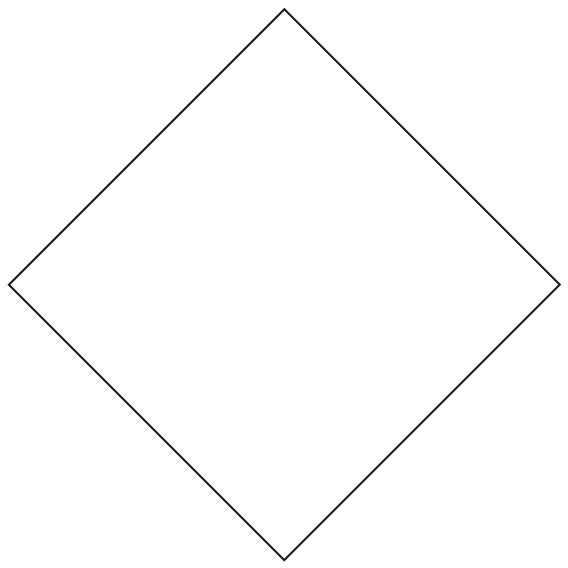 We're back LIVE IN-THEATRE for the first time since 2019, with the 2000 cult horror COYOTE UGLY. Watch an innocent pizza waitress from Jersey as she walks into hell: the New York rental market. This newborn doe descends into the seedy underbelly of NYC’s most seductive and dangerous scene: sexy bar dancing. Can she escape the siren song of a living wage to chase her dream of being adjacent to fame? OR WILL SHE FIGHT THE MOONLIGHT?

Drunk Feminist Films events are for every feminist who can’t help snarking their way through problematic moments in movies they love – or love to hate. Imagine shouting and tweeting your #hottakes along with hundreds of other feminists, cocktail in-hand, guided by hilarious hosts and a drinking game/yelling game that celebrates the best things about the film (female friendship! sexual agency!) and denigrates the worst (creepy bosses! cultural appropriation!).

With themed extras from costume contests to tarot readings to wedding cake, DFF is less a like a screening and more like a combo of the funnest party and funniest comedy show you’ve been to all year. DFF events are a popular destination for a night out with your best pals, and the perfect place to meet new friends who share your politics, sense of humour and love of ‘90s fashion. Feminists of all genders and imbibing levels (including sobriety) are welcome. 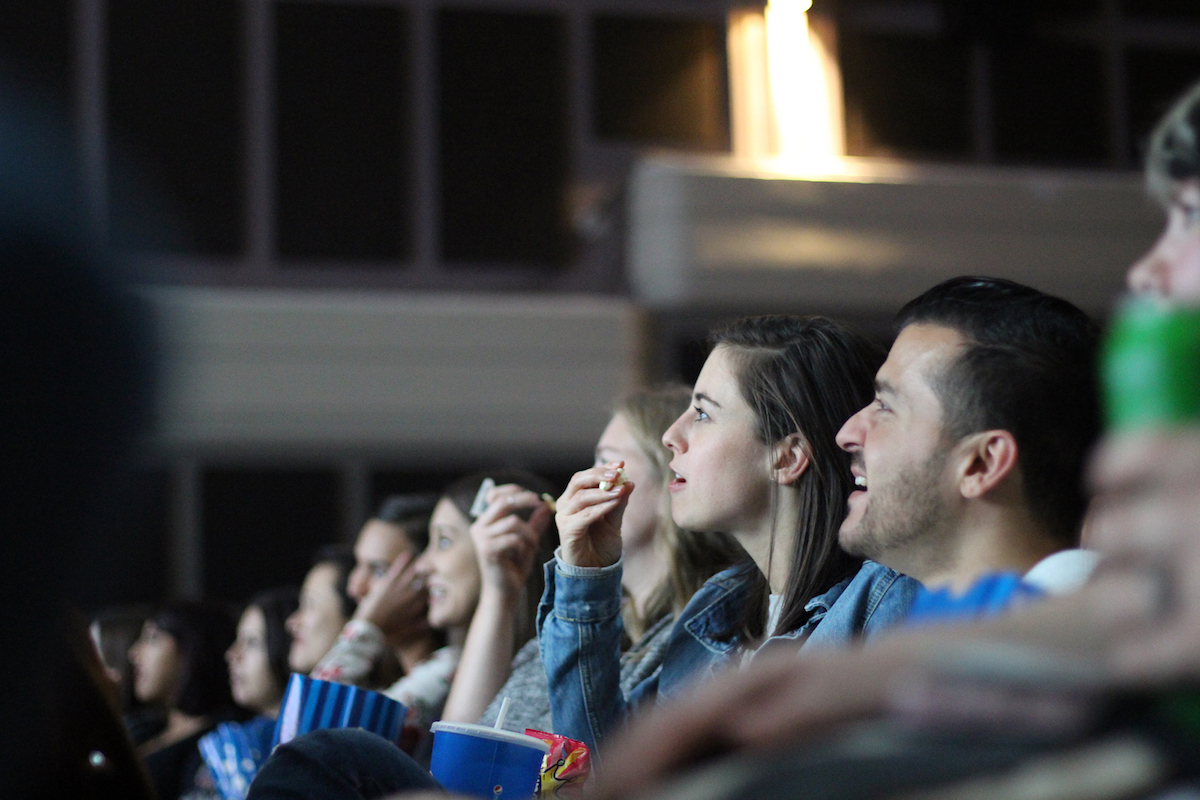 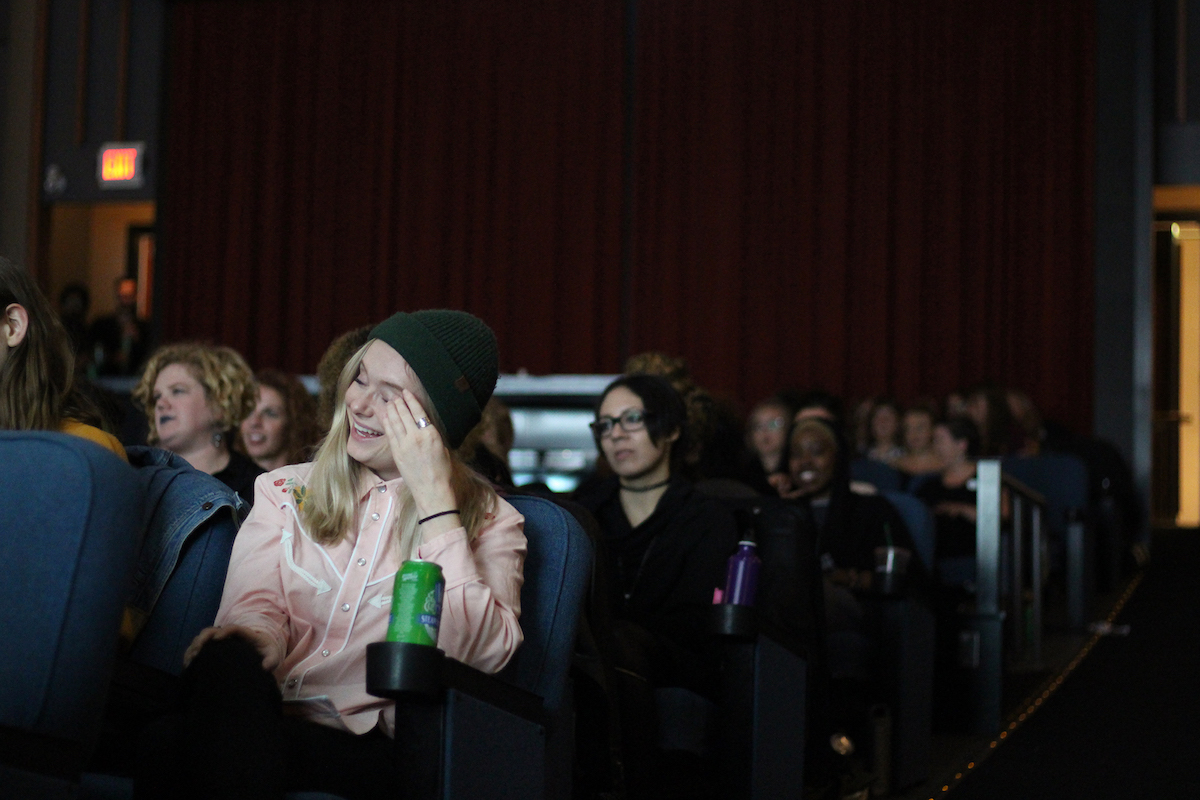 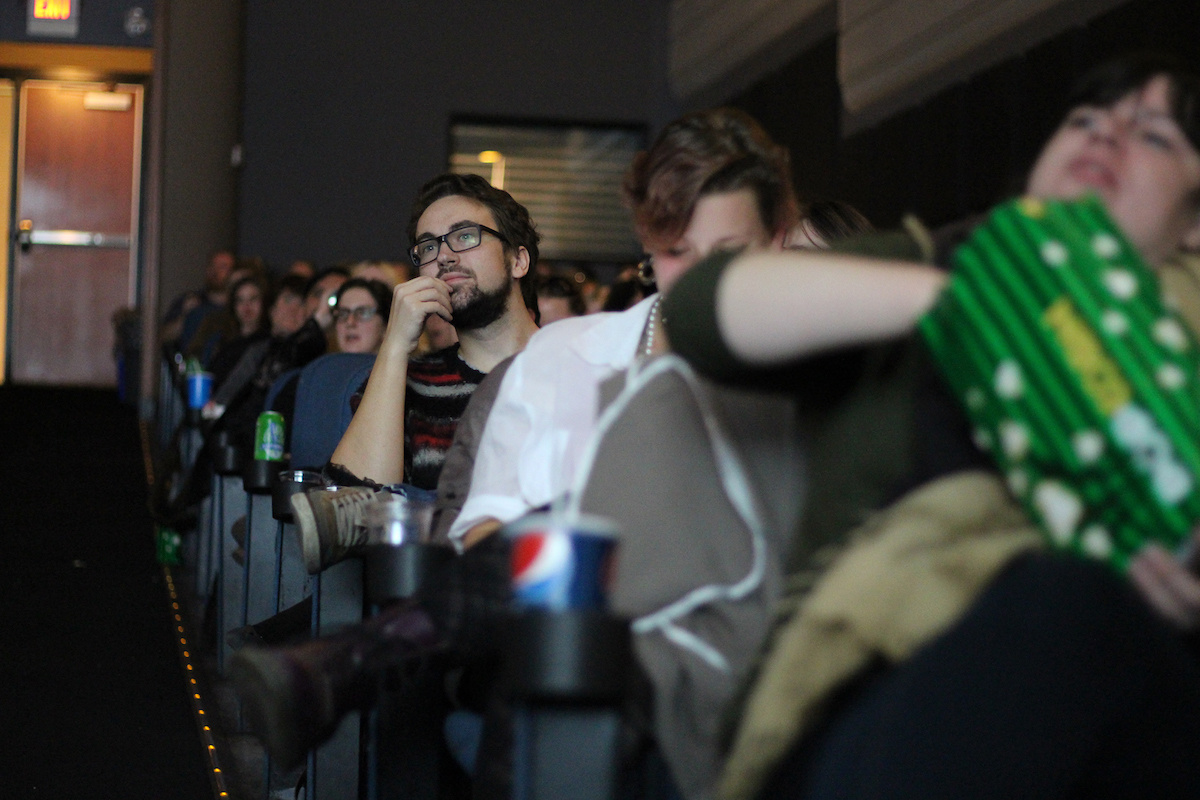 Cats, at the Curious Minds Festival

One wild night. Two incredible hosts. Three terrifying words: Digital Fur Technology.
Hosts Sarah Hagi and Amil Niazi held the paws of a sold out theatre, guiding them deep into this jellicle nightmare answering the important questions, like: which one of these cats deserves to die? Is Rum Tum Tugger a pickup artist or does he just like attention? Are some of these cats wearing additional fur coats?

Hosts Scaachi Koul and Nelu Handa took a sold out theatre deep into a cinematic Chat Room to discuss Meg Ryan as an anthropomorphic daisy tasked with choosing between a droning, egotistical pundit and a lying, ruthless capitalist actively working to destroy her family history and livelihood. It’s a bouquet of freshly-sharpened terrible options!

Back by popular demand, Drunk Feminist Films is screening LOVE, ACTUALLY this December to get you into the holiday spirit(s). Hosts Anasimone George and Bee Quammie guided a SOLD OUT theatre on this nostalgia-laden voyage through bad men and worse haircuts and prove once and for all that if you look for it, misogyny is, actually, all around.

Has this ever happened to you: YOU (a witch) and your sister (also a witch) Goodbye Earl an abusive boyfriend but he keeps coming back to life and it’s like UGH? And you’re trying to move on with your life but everyone you fall in love with becomes mortally cursed? If these symptoms sound familiar, you might be suffering from Practical Magic! Hosts Bernita Rebeiro and Anne T. Donahue & a sold out theatre found the cure: Midnight Margaritas and as much Stockard Channing as possible!

Have you ever been dumped for your ex's secretary, therapist, and/or Jessie Spano from Saved By The Bell? It's time to revisit mid-'90s feminism through the lens of upper-class straight white women. Hosts Sandra Battaglini and Aisha Brown tackled the tough questions:
-Can we critique patriarchal ageism without shaming women for getting plastic surgery?
-Which day is preferable for lesbians to come out to their shitty dads: Fathers Day or Christmas morning?
-How do you remove wine stains from an all-white pantsuit?

I Know What
You Did Last
Summer

Save the Last Dance

More like Save the FIRST DANCE. FROM HAPPENING. We raised tall glasses of Cherry Washingtons s as we collectively box-step our way through teen drama, weird dads, and white tears. Our first film at Bloor Hot Docs Cinema!

Do you have that no-so-fresh feeling? Drunk Feminist Films basked in the cooling relief of Gen-X fave REALITY BITES, hosted by Monica Heisey and Amil Niazi! We regret to report that reality continues to bite, but there's no better place to commiserate than DFF.

Yippee kiyay, mother-respecters! This movie has it all: Men trying to win back their exes through grand gestures! Witty one-liners! Incompetent police institutions! Rugged masculine charm! Vintage Snape! Exploitative and reckless news media! Explosions! Hosts DeAnne Smith, Kyrell Grant and Bernita Rebeiro and a sold out crowd tackled all of it!

Drunk Feminist Films is back to scare you into the Halloween spirit with Obsessed: the so-bad-it's-amazing stalker flick that somehow managed to snag Beyoncé and Idris Elba as the leads. Join DFF and all-women rap crew THE SORORITY as we ask the important questions, like what could be scarier than two overqualified legends acting their asses off in one of the worst movies ever made?

Join DFF for a romantic tale as old as time: A Football Player heroically willing to debase himself by taking a smart young woman (with ideas! and goals! ew!) to the prom, in order to prove himself as the greater capitalist patriarch to his even shittier friend (R.I.P. Paul Walker).

On February 10th, a screaming crowd joined Drunk Feminist Films in cheering on the four women of SET IT OFF, who band together to form a besties bankrobbing crew to break out of the corners they're painted into by racist hetero-patriarchal capitalism (otherwise known as “capitalism”, lol).

Back by popular request, join DFF for a screening of this star-studded holiday movie, whose alternate title we’re pretty sure is "White Heterosexual People Projecting Their Romantic Ideals Onto Near-Strangers, Actually".

Hail to the Watchtowers of the North! Witches, warlocks and conjurers across the gender spectrum, unite and join us to exalt and delight in the cinematic masterpiece THE CRAFT. We honour the power of this movie with ‘90s body painting, speed tarot and palm readings, a costume contest, and a witchy after-party.

Okay, all you Marcia fucking Bradys of the upper east side. Get out your chokers and stash necklaces for the bittersweet symphony that is CRUEL INTENTIONS. Weird sex competitions! Queer vibes through a very hetero male gaze! Judgment of absolutely everyone for how much sex they are or are not having, and with whom!

Brrr! It's cold in here! There must be some friendship in the atmosphere! Ring in the first annual PAL-ENTINE'S DAY with your most beloved pals, and the cinematic delight, BRING IT ON. Friendship, appropriation, cheerocracy and so much more. Bring your pals. Bring your cheers. Bring it on.

We feel it in our fingers, we feel it in our toes – the eggnog, that is. It’s DFF holiday time, and what better way to celebrate than by joining a theatre full of feminists to watch a film that is both heartwarming and deeply enraging?

Nothing says empowerment like controlling vampire boyfriends who watch over you all day and night with their sexy never-sleeping eyes and their soothing mystical love. THEY JUST WANT TO KEEP YOU SAFE FOREVER. Play a spooky feminist drinking game to celebrate their eternal, hovering watchfulness!

Hey buds, let's party! Join the DFF Crew for a nostalgia-laden jaunt back to high school in the '80s and '90s, as told by director Amy Heckerling (we even got her to make a custom video greeting for our audience!).

Get ready, maids of honour and dishonour alike - it's wedding season. Join the DFF crew and guest host Sophia Banks as we sip some sparkling wine or non-alcoholic cider while making sardonic jokes at the expense of the hetero-patriarchal capitalist shit-show that is the wedding industrial complex.

Join the DFF crew and guest co-host Soha Kareem for a sex-positive screening - with snark-positive commentary! The evening will feature a signature Lady Grey cocktail (you'll need it), a consent-themed game and a screening of the controversial film with raucous, participatory running commentary.